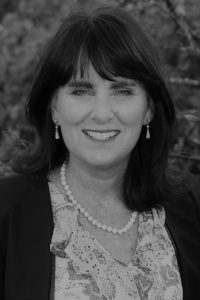 Ms. Amy is the original owner and director of Manyet Dance, which she started in 1984!

Ms. Amy has been dancing for over fifty years. She grew up dancing at the Pearman Dance Studio in Ft. Thomas, where she later taught for several years while also teaching at Connie’s Dance Center. She was a competitor for three years on the Queen City Gymnastics team under the coaching of gym owner, Jeff Metzger.

Ms. Amy had always dreamed of owning and operating her own studio which became a reality in 1985 when she opened the doors of Manyet Dance in Highland Heights. With the support and assistance of her husband Ken, the studio quickly grew from 60 students/3 instructors the first year, to approximately 650 dance and gymnastic students and over 30 instructors. She is now instructing and choreographing for her second generation of students and has won numerous awards for her choreography at the regional and national competition level.

Ms. Amy acquired her certification to teach several forms of dance (to all ages of students) from the Dance Educators of America organization at Western Kentucky teacher’s training school. She has used her dance to instruct kids and adults in many different venues including: girl scouts, after school programs, mission trips, and currently at the regional alternative school. She has organized numerous charity dance events at retirement centers, churches, and other fund-raising events. Ms. Amy is thrilled that the current owner, Lisa Davis, continues the tradition of making a difference in our community through dance.

Ms. Amy continues her dance education through annual conventions where she actively participates in classes with nationally known instructors. She feels that an instructor should always continue in their learning and growth.

Ms. Amy enjoys teaching all styles of dance but especially tap and ballet dance at this stage of her life.