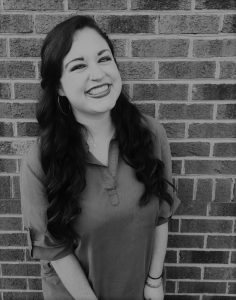 Ms. Alisha has been taking dance classes at Manyet for 21 years and teaching for 11 years.

Ms. Alisha has been dancing for 21 years at Manyet and at Eastern Kentucky University where she recently graduated with a degree in General Arts and a minor in Dance. While in high school, she not only danced at Manyet and was on Dance Troupe but also was involved in Commonwealth Artists Summer Theatre in the Ft. Thomas Area.

Ms. Alisha danced collegiately with the EKU Modern Dance Theatre program for nine semesters.  She had a stent as President of the company as well as historian and new member educator. While in the program she learned many new forms of dance including modern and middle eastern. She also won many awards through her semesters including “Best Newcomer” and “Best Choreography.”

She also was very involved in EKU’s Theatre and Music Program. She was in seven main stage shows and choreographed six. She won many awards through that program as well including “Outstanding Newcomer” and was recognized as new member educator for a year. She also choreographed for the A cappella group on campus “EKOS” and worked professionally in the Lexington theatre scene for two summers.

Ms. Alisha’s favorite styles of dance are modern and tap, but she loves musical theatre, middle eastern and jazz as well!